Fishing Seasons and Tips for Fishing on Lake Saimaa 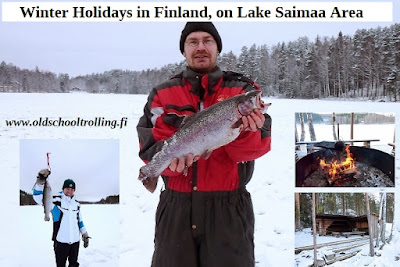 Winter time is for Active and Tip-up Ice Fishing 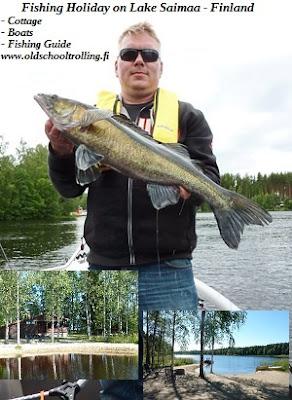 
I have been fishing for over 30 years on these waters and I have learned that the period from the beginning of June to Midsummer (which will be on June 25th in 2016) is very good for big pike fishing near our fishing cottage. This is due to the coldness of the waters and the end of spawning period, which makes big pikes hungry and ready for catching. There are also plenty of smaller pikes hunting in shallow water, which makes fishing very active with lots of biting and actual catches. 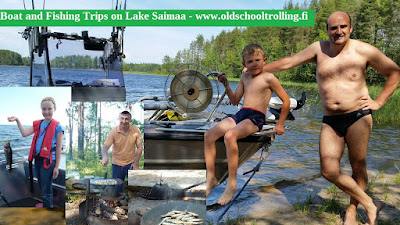 
The last week of June and the first two weeks of July are good for catching zander near our fishing cottage. After mid-July zanders will start to move towards the streaming water areas in the distance of 5 - 6 km from our cottage and also to the big lakes of the Great Saimaa lake system, such as Paasselka, Orivesi, Savonselka and so on. Big pikes do the same and both zanders and pikes will be more often caught from the deeper areas or bank slopes of the big lakes of Saimaa in the daytime. 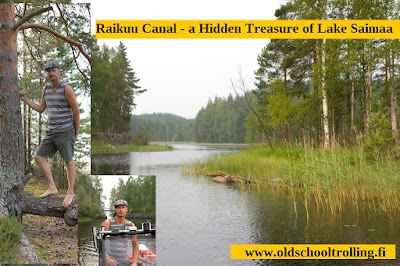 
In Finland July and August are the best months for fishing on Lake Saimaa due to warm waters and often very warm or even hot weathers. There are plenty of fish about and you can fish around the clock if you wish, thanks to our light summer nights. Big perches normally move to the shallow waters in mid-July and they can be caught there in the daytime during a period of a couple of weeks. If you do late evening / early morning or night time fishing near our cottage, you will be able to catch zanders and pikes from the shallow waters as well. The best season for night-time fishing on Lake Saimaa continues from Midsummer until the end of August. 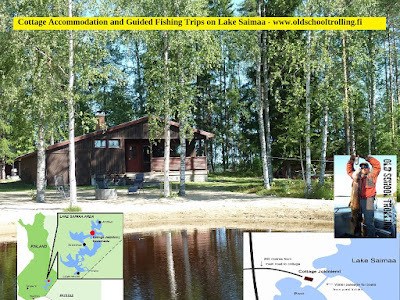 Fall Colours and Perch Flocks in September and October


The weather is still warm in late August and early September, making it great for picking berries and mushrooms near our cottage as well as fishing for perch and pike. The beginning of the season of fall colours, from mid-September to the beginning of October, is excellent for catching big pikes close to our fishing cottage. The season of fall colours will last until mid-October. From the beginning of October bigger perches start forming flocks in the deeper water areas of Lake Saimaa. Bigger pikes are also moving to deeper water areas to hunt vendace, which have their spawning season from mid-October to mid-November. 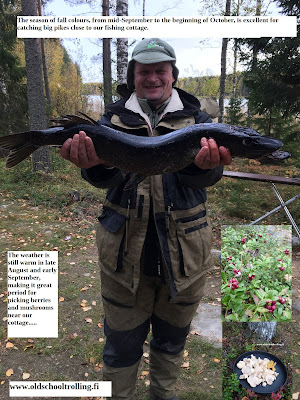