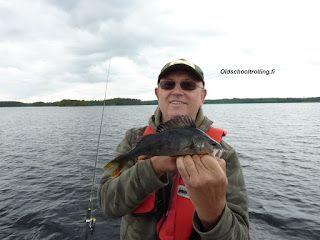 During midsummer week we have a fisherman group from Romania visiting our cottage on Lake Saimaa. This group has a great mentality for fishing. They use a selective fishing method, meaning they release the fish that are either small or big. For example in pike fishing they only aim for ones that are from 1 to 3 kilos in size and they only keep the amount of fish they need for cooking a dinner. I am very pleased to have this responsibly thinking group visiting us. 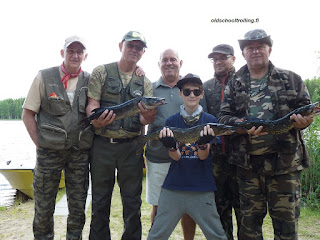 Instructions for handling and releasing fish

If possible, release the fish by using pliers while the fish is still outside the boat, near the surface of the water.

If you are planning to take a picture or measurements of the fish, lift it into a container filled with fresh water. Remove the hook using pliers while the fish is in the container of water.

Wet your hands or use wet gloves when touching the fish. Never hang the fish from its tail or head, as this can cause internal injuries or stretch the spine. Hold the fish horizontally and take the photograph quickly to minimise the time the fish is out of the water.

If you wish to weigh a fish that will be released, use a weighing bag. You can also weigh a fish while it is in a net made of rubber-coated knotless netting.

Release the fish back into the water gently. An exhausted fish may need to be resuscitated before release. Resuscitate the fish by holding it against the stream or by moving it back and forth in the water to make water flow through the gills. When the fish is ready to swim on its own, you may release it.


Free tip for you!
Quite often the last week of June is great for having a holiday in terms of weather, but also for catching zander and perch by spinning. Big pikes have moved to deep pools or banks near deep pools due to warming water temperatures. They also visit shallow waters to hunt small fish at night time when the air is colder. During this period you can do fishing 24/7 thanks to the midnight sun. This period is also the starting point for summer time zander fishing by trolling and spinning. Spawning season is over and zander is eating well. Tradiotionally night time zander trolling season starts here in Finland during the mid-summer week or the week after it. At day time it is a good idea to use softbait spinning or spinning with spoons for all predator species near bottom in water areas that are 4 to 8 meters deep. Evening time they rise to mid-water or closer to the water surface, or move to shallow water areas and are easier to catch by trolling with wobblers. 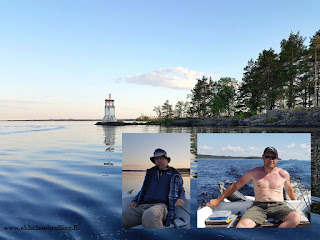 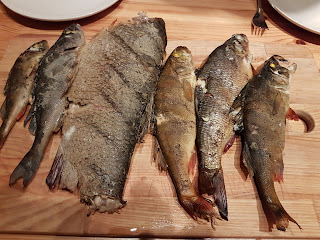 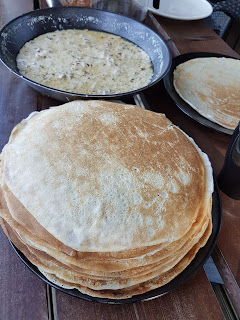 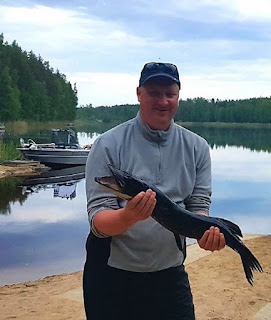 In February 2017 this group made a new reservation for our fishing cottage for the summer 2017.

The first week of June was very cold and rainy this year. It brought us another group of fishermen from Latvia. 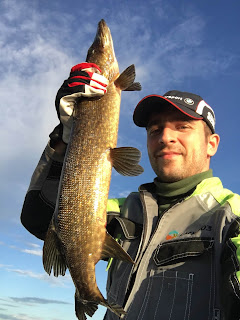 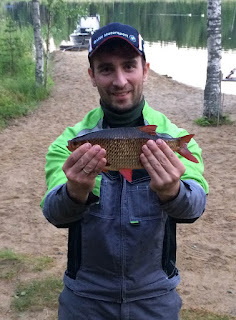 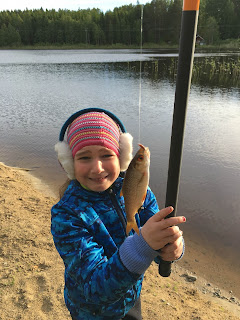