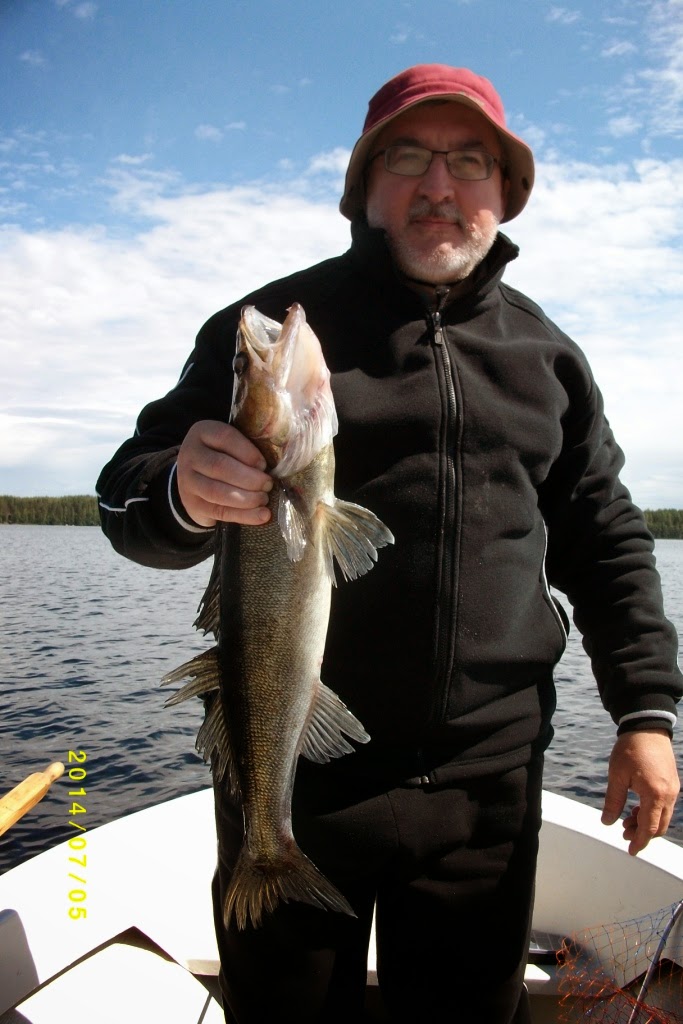 In early July we got a guest group of four fishermen from Lithuania. The group travelled more than 1 000 km to spend a week fishing on Lake Saimaa. Previously they had visited a couple of times the Åland Islands between Sweden and Finland.

We started their week of fishing with one training day on the waters close to our fishing cottage. This way they learned about the good fishing spots and colors for their lures. We did both soft bait spinning for perch and pike as well as trolling for pike and walleye. During our tutorial day we were able to catch perches and pikes. The group very much enjoyed our picnic break on an island. During the break we cooked coffee and fried vendace (specialty of Lake Saimaa) on an open fire. The men also picked some mushrooms from the island for a tasty evening meal which we cooked of the fish they had caught. 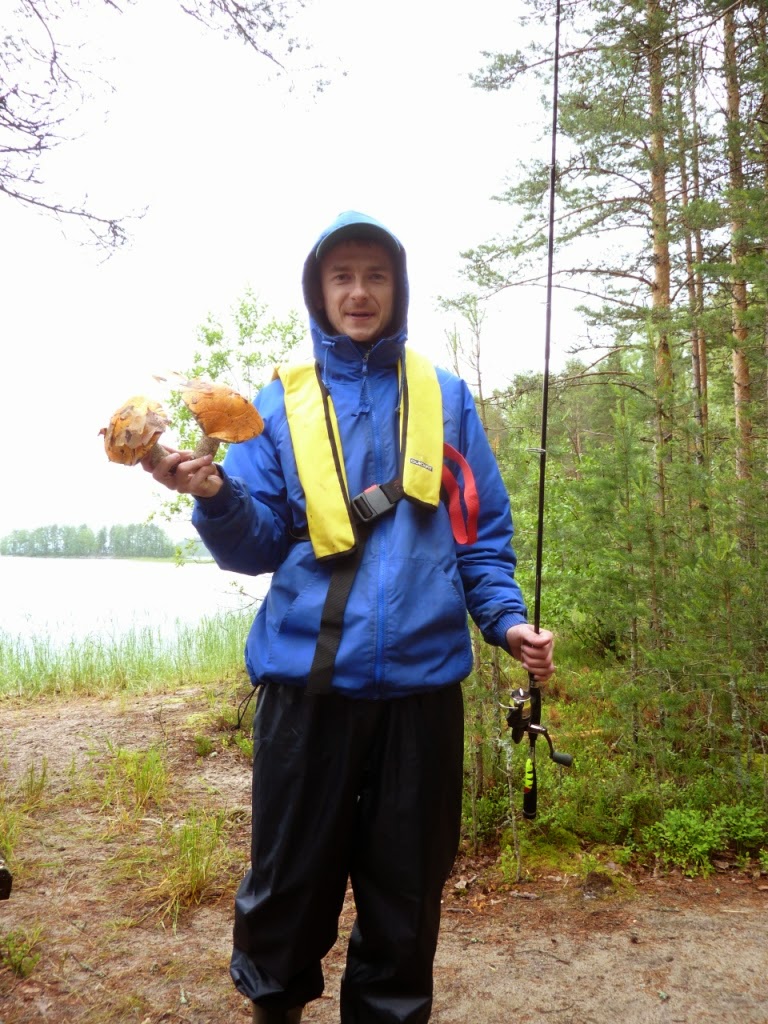 The rest of the week the Lithuanian group fished independently using the two 4-meter long motor boats of our fishing cottage and managed to get catch daily. However, angling from the beach of our cottage didn’t prove successful due to the cold and rainy weather. The men weren’t glad about the miserable weather but were happy with the accommodation, as well as the arrangements for their tutorial fishing day. After all they were able to catch nice pikes, walleyes, perches and even one big ide.


These fishermen were fishing for food and smartly they released the fish they did not need. Great week with excellent fishermen on Lake Saimaa!