Another perspective on the size of fish caught in Finland!

Many of our visitors compare their fishing results those they have
reached in their home countries or during their visits to other
countries. They also compare their record fish to the fish caught by
me or by clients that have been using my guidance services, or by
visitors who do all fishing all by themselves in our fishing cottage. 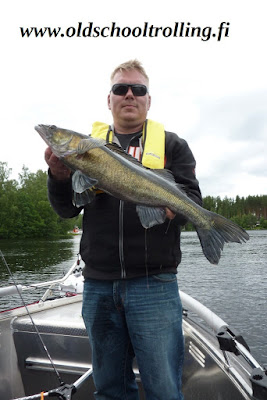 I have been fishing in our area of Lake Saimaa all my life, far over
30 years now, and still I have to face difficult days during which a 1
to 3 kilo pike is a real victory for me. There are days during which I
hunt big ones and only them....just to return home without a picture
of the trophy chased. Luckily there are much more great fishing days,
both for me and for the clients I offer guided fishing trips and for
visitors of our fishing cottage who do all fishing by themselves. It
is obvious for all of us that we can’t only catch record-size fish,
but because the chance to catch The Big One always remains, that’s
what makes fishermen travel far from their homes as well as challenge
themselves on unknown water areas. 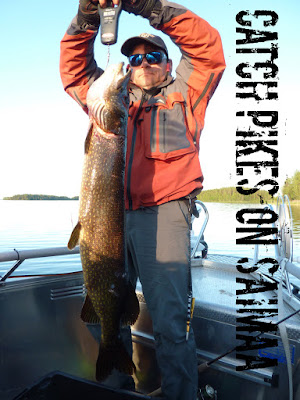 I will offer you another perspective on the size of fish caught in
Finnish lakes by spinning and trolling, by showing you the
measurements of the biggest fish caught in a very popular Finnish
fishing cup. The cup consists of catch-and-release fishing events in
which competitors are after pikes, perches and zanders only. The fish
are released back into the water alive after taking a photo of the
length of the fish and another photo in which the fisherman poses with
the fish he caught. The competitors are trying to catch 3 perches, 2
zanders and 1 pike as big as possible. The lengths of these 6
individual fish are added together and the team with the biggest total
sum of lengths wins. This competition cup runs from May to October
every year and it gives us statistics on the size of fish caught by
experienced competing fishermen here in Finland. 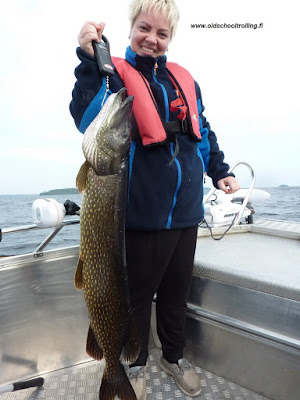 I will show you a table including the 5 biggest pikes, perches and
zanders caught in these competitions. Remember that these fish are not
the result of one team, they are the 5 biggest ones caught by appr.
120 to 150 fishermen during an 8-hour competition day.